A downloadable game for Windows, macOS, and Linux

Quible Sphere features simple gameplay; Get from start to end. That's basically it! But how you do it is up to you. You take the role of a small ball, named Quible, that has to navigate each stage and avoid all the obstacles the game throws at you!

Quible Sphere features several elements for you to enjoy, like:

Controller recommended, but not required!

With the game being on multiple platforms with different offerings, some features will differ. By buying the game here on Itch, you support me more directly (due to Steam cuts) AND you will even get a Steam key you can use if you want to get access to the Steam exclusive features!

As you probably can tell, the Steam version is superior. But again, by buying the game here, you will also receive a Steam key to get access to all these features! If you still feel like directly buying the game on Steam, you can find it here.

In order to download this game you must purchase it at or above the minimum price of $1.99 USD. Your purchase comes with a Steam key. You will get access to the following files:

I've played trough the first 35 or so levels and while it is fine I do have one criticism: when playing on controller there is no way to adjust how fast the camera rotates and it does so so slowly that it makes several sections much harder that they would likely otherwise be. In contrast to how fast you sometimes have to make adjustments in direction (I'm thinking of corners near cannons) the camera movement is markedly too slow to the degree that there are several stages where I just sort of gave up on any camera adjustments and just tried to commit the stage to memory even though this required taking several blind turns. Even at places where I stop at a safe spot to rotate the camera 180 degrees it takes a few seconds to complete that half rotation which is a killer in a game where you are trying to hit a goal time.

Given that the mouse controls let you adjust the camera rotation speed I don't think giving the player an option to speed it up on a controller would be game breaking. This game is probably in a finished state but if you do revisit this concept in the future I would ask you to keep that in mind.

Anyways the rest of the game is pretty good!

EDIT: Started stage 37 which starts you facing the wrong direction. Since it has the timer I timed it and rotating the camera 180 degrees to actually face the stage takes between 6 and 7 seconds. That's basically a wasted minute every 9 attempts, which given it is an inverted controls stage means for me at least it takes numerous attempts. That's kinda bad.

Thank you for playing the game! I'm sorry to hear about the troubles you're experiencing!

Regarding stage 37, the level starts in the wrong direction depending on how you look at it. It's designed to show you the doors first so you know that you can't progress, but I agree, it may be a bit confusing!

EDIT: The new update has been released! 🎉

I played with the new update and the controller camera sensitivity slider made a big difference, thanks for adding it!

I should have phrased my statement re: the start of stage of 37 different as it isn't "wrong" to start you facing towards the closed door so that you know it is there (that's a perfectly valid decision!), I just wanted to point out how long orientating yourself towards actual path forward took with the old controller camera system.  Anyways it has been addressed now so it is less of an issue.

FWIW I did manage to finish the last few levels and overall I thought this was a pretty well put together marble rolling game. I won't complain about the reversed directions part as long as you don't complain that I only got through them by holding the controller upside-down :P

Played with the controller upside down... I love the creativity! :D

Hi, I just reviewed quible sphere on my blog! Thanks for including it in the itch.io bundle for racial equality and justice.

Thanks for reviewing my small game! It was a fun read and I agree with all your points. :)

Hi, just wondering where I can find the Steam key included with the purchase? Thanks.

I'm so sorry that it took me so long to answer!

Hi. Don't worry, I just realised I got the game from the Bundle for Racial Justice and Equality so I assume it doesn't come with a Steam key.

Hey, I just noticed that the newest update doesn't seem to allow me to do anything of the challenges except for the "speedrun" and "play the game how it originally was supposed to be" I don't know if this is just a Mac issue, but it doesn't appear to work no matter what I do.

Hi! Sorry for the inconvenience! I'll check this out ASAP and see if I can find what the problem is.

The issue has been fixed. Thanks for the report!

Wow, thank you so much!

Wow, this game is great. You know, I tend not to like games like this because they feel boring after a while but the controls remind me of how classic Mario had momentum and slid making it a challenge to control him well. Thus, having great control of the sphere is difficult and an interesting thing to get used to. Fun game and I hope for you the best.  :)

I'm glad you enjoyed the game! Thanks for the very nice comment! :D

I really enjoyed this game! It certainly was a hidden gem in the bundle. 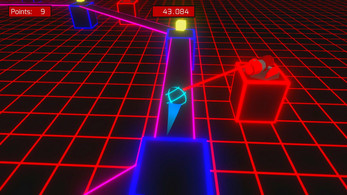 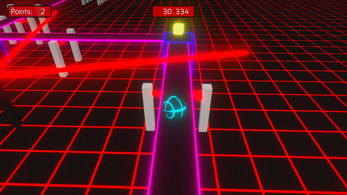 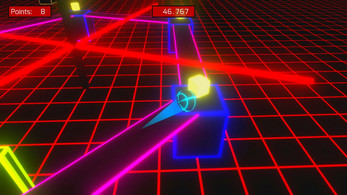 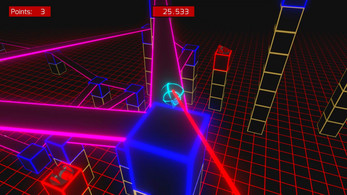 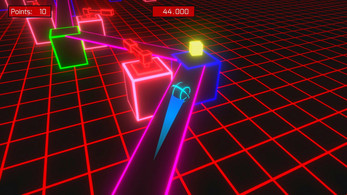